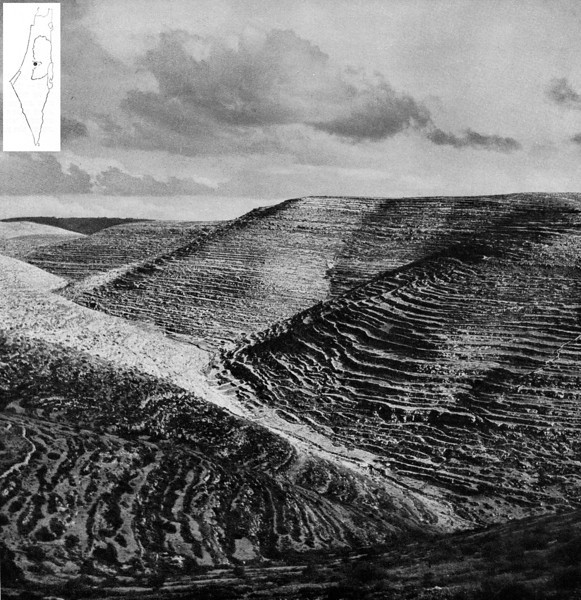 THE MOUNTAINS OF JUDEA

Limestone hills which in the Bible period were covered with forests and had a dense population with a high level of farming culture. The mountains were terraced in ancient times, and were cultivated until the Middle Ages. The climate has an average annual temperature of 16 C, a precipitation of 665 mm. and a relative humidity of 60%. It is healthy and pleasant. Neglect of the terraces during recent centuries resulted in increased erosion, the top-soil being washed down from the slopes, thus leading to a decline in agriculture. Extensive mountain areas amid the approaches of Jerusalem now consist of bare rocks with only traces of the ancient terracing system. The function of the many new settlements in this zone is to safeguard the fertility of the soil by restoring the terraces and engaging in large scale afforestation. The wooded mountains should also provide a suitable background for rest and tourist amenities.